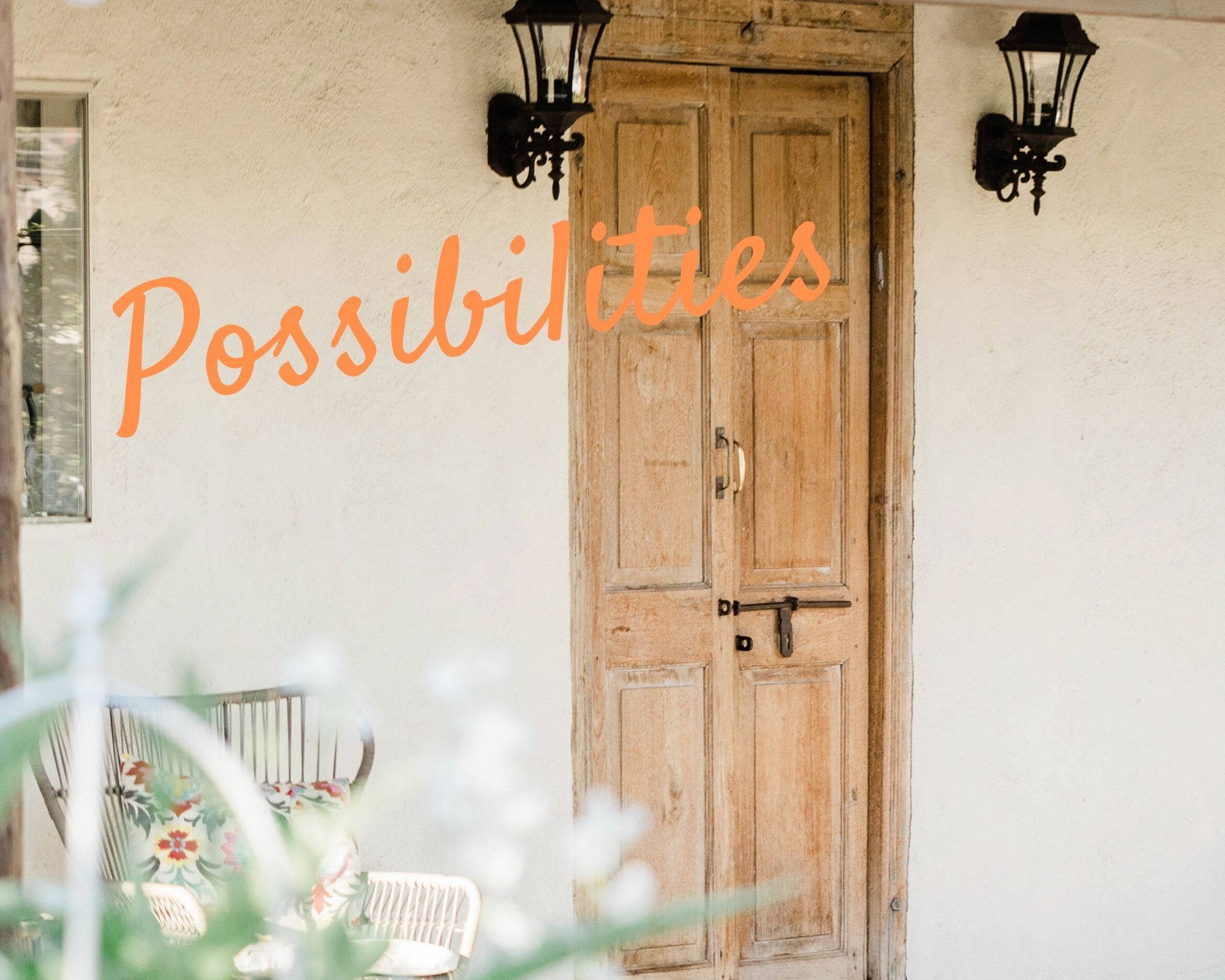 Haven’t read the first two chapters? Get started – Chapter One and Chapter Two

“Dad, she’s still in there.” Chance jumped onto the couch beside Douglas. “I really gotta go.”
“Just use my bathroom. I’ll see what’s up with your sister.”
Chance scampered off towards Douglas’ bathroom.
“Be sure to flush,” he yelled after him.
He made his way down the hall, into his son’s bedroom, and to the closed door. The Jack and Jill layout had seemed like a good idea when they purchased the house. Lately, it had been nothing but trouble. A teenage girl did not want to share with her younger brother.
“Coco, is everything okay?”
“Go away.”
“Listen, your brother needs to be able to use the bathroom too.”
“No, he doesn’t. He can use yours. I’m never coming out. Ever again.”
“What’s wrong?”
“Nothing.”
He dropped his forehead to the door. He could hear her crying. “What’s wrong, baby? Talk to me.”
He waited for a moment for her to answer. Silence.
“Come out, and we can talk about it.”
“No.”
Her muffled sobs got louder. They sounded different somehow than the usual drama she displayed.
“Please?”
“I can’t.”
“Sure, you can. I can put on some tea if you’d like.”
“I can’t. I can’t come out.”
She sounded young, almost afraid. Like something had happened … “Oh, shit,” he said quietly.
He rapped on the door again. He sucked in, counted to five. He’d talked to his mom about this several times. He had to do this. No flinching. Calm voice. “Honey? Did you get your period?”
“Dad!” Her sobs turned into wailing.
Now what?
Stay strong. That’s what his mom had told him. He’d read the book she’d given him. But that didn’t make this any easier. He tried to recall what it said.
“Do you need anything? Is there anything I can do?”
“Go away!”
He wasn’t quite sure what to do, but he knew he couldn’t leave her in the bathroom all day. He reached for his phone in his pocket, and remembered he’d left it on the kitchen counter.
“I’ll be right back.”
As he ran down to the stairs to the kitchen, Chance zipped by, cutting him off. “Slow down, please.”
“Is she out of there?”
“No. She needs a few minutes. Why don’t you go play your game for a bit.”
“Cool!”
Douglas swore under his breath. That was the second time he let him play video games in less than four hours. It was becoming a pattern. But right now, he had other things to worry about.
He grabbed his phone from the counter, then headed into his office to look for the book. He couldn’t find it on his bookshelf. It wasn’t on his desk, or in the closet where he kept piles of junk. He returned to his bedroom and checked his nightstand; it wasn’t there. He remembered hiding it so Coco wouldn’t see it. He’d hidden it too damn well.
He pulled out his phone and texted his mom.

Within seconds came a response.

Shit.
All he needed was a little help. Someone to tell him what to do.
And just like that, he knew.
He flew down the stairs and out the back door.
He slowed as he neared her door, feeling a little guilty as he rapped on the glass. His knocks were becoming a bit regular. He backed away as he saw her coming.
“Hi, neighbor.”
“Hi. I’m really sorry about this. But I have kind of a problem.”
“Is everything okay?” She stepped outside, barefoot.
“Yes. I mean, no. What I mean is. Oh, hell.” He swiped a hand over his face, looked her in the eye. “Coco’s in the bathroom and won’t come out. This isn’t my thing, I’m not good at this. I’m trying, but damn, why now? I don’t know what to do, and she won’t even talk to me. I tried to find the book, and my mom can’t talk, and …”
He stopped when he saw the look on Sara’s face, questioning, wondering what the hell he was talking about.
He took a deep breath. “I think she got her period. And I don’t know what to do.”
“Oh.” Her eyes started dancing back and forth, thinking. “And she’s locked in her bathroom?”
“Yep. Do you have any ideas? What can I say to her?”
She opened her back door and started going inside. “Just a minute.”
She came back out, shoes on her feet, keys in hand. She locked the door.
“Okay, show me where she is.”
“Oh, I can’t ask you to do that. You’d have to come inside. Social distancing and everything.”
Hands on hips, she stopped and turned, facing him.
“I don’t go anywhere but the grocery store. We’ve been in this house two months. We’re fine. I’m not going anywhere else. I don’t see anyone else. I’m willing to do this if you want me too. I’m assuming you don’t go anywhere either, so basically, we’re safe. Agreed?”
He didn’t even waver with his response. “Okay.” And he led the way.
She followed him into the house. Kicked off her shoes by the door. Stayed six feet apart as she followed him into his daughter’s room, and knocked gently on the closed bathroom door.
“Baby, you okay?”
“Go away.”
“I have Sara from next door here.”
“What? Dad, no!” Her wails got louder once again.
Sara motioned for him to step aside. She knocked gently. “Coco, I know you’re upset. And I know you wish things were different. I wish that too. I wish we didn’t all have to stay at home. I wish your mom were here to do this. But wishing isn’t going to get any of that. We’re here. And right now, that means I’m here to talk with you and answer any questions you may have. Okay?”
They both waited for a response from the other side of the door.
Finally, just a small, “okay.”
Then a little stronger, “Just you. Not dad.”
Sara turned and smiled, whispering, “I’ve got this.”
He nodded, returning her smile with a grateful look. “I’m going,” Douglas said quietly. “I’ll wait for you both in the kitchen.”