Sometimes a story just pops into my mind. One moment in time. One scene. One conversation. One experience.

As a writer, I write about it. I let it flow. Some of my ideas stop right there, never gain traction. Others take on a life of their own. They become short stories, free giveaways, or some even turn into my next novel.

That’s where this short story comes from. I’ve had this idea brewing for a few months. It’s on my list of books I’ll be finishing in the next few months.

But it’s autumn where I am; the rain is falling down, the temperatures are dropping. And all I want to do is stay inside, curled up with a mug of tea and a good story. You too? Then here’s your ten minute escape from reality. Let me know what you think.

She looked around, mentally taking a picture to record later in her journal.
The sky was the most brilliant blue she’d ever seen.
The trees swayed in the wind. The fragrance filled her with anticipation of the coming season.
Off in the distance was a tasting room that catered to the locals. Outside tables were filled with couples enjoying a bottle of wine between them. A small band was just off the patio, smooth jazz settling around the landscape as the late summer blooms seemed to sway to the rhythm.
She crossed her feet, smoothed out the blanket they’d placed on the lawn, and turned slightly to watch the man who was quietly working beside her.
She watched him sketch, looked at his fingers holding the pencil. Strong fingers.
Her eyes traveled up his arm. Swiftly moving, back and forth, across the page.
His face, determined, twitching, eyes scrunching up as he discovered an error in his design. Then a quick hint of happiness as he made a change to put it right.
Sketching, doing what he did best.
She was so filled with wonder, sitting here, sitting with him.
A month ago, this hadn’t even been a thought. She’d been sitting in her home in the Pacific Northwest, doing the job she’d done for what seemed a lifetime.
Then the call from her daughter changed her plans.
“Come to Germany, Mom.” She’d almost begged it on the phone. “I’m not giving up on my dreams to finish my PhD this year. Not even giving birth is going to stop me.”
So of course, she’d said yes.
To be there for the birth of her first grandchild? Hell, yes.
To lovingly watch over her granddaughter for the first few months of her life, while her daughter finished her doctorate program? She didn’t have to think twice.
She packed. She left the US. She found a tiny flat a mile from her daughter. All she had to do was sit and wait.
Then fate. Chance. Maybe a little bit of serendipity too.
She ran smack into one of the most handsome men she’d ever seen. Quite frankly, he’d taken her breath away.
He felt the same. Of course, that might have been her elbow in his gut.
She bit back a smile.
She moved, rolled to her side, just enough to be touching his knee.
He stopped, looked up.
And suddenly … suddenly … he was there.
He dropped everything. It was if he was there, only for her.
He scooted, just enough to be sitting right in front of her. He hands lovingly moved to the side of her face. She could feel the calluses on his fingertips as he smoothed her hair behind her ear.
His eyes caught her own, searching, questioning.
Finding someone wasn’t in her plans. Love wasn’t on her radar. Babysitting was the only thing she’d had in mind.
But when a good looking man literally takes your breath away, sometimes a woman’s gotta take a chance.
“Where did you come from? I wasn’t expecting you,” she whispered.
“I could say the same of you.” His eyes never strayed.
“What is this?” She’d asked that question over and over again since the day they’d met.
She hadn’t traveled thousands of miles for this. She wasn’t looking for love. She was here for her daughter. She’d be gone in just a few months.
This didn’t make sense.
And yet, it did.
He leaned in closer, just inches from her lips. “Sometimes it just happens. At least, that’s what my son keeps telling me. Just let go, Dad. Just have fun, Dad.” His hands became a little firmer, tilting her head just so. “Maybe it’s time I listened.”
His lips touched hers, gently. He held them there, tasting.
She closed her eyes, letting the feeling wash over her.
In that one second, her entire body woke up. She hadn’t felt like this in … She couldn’t remember the last time.
She felt the heat from his chest. The warmth of his hands alongside her face. The softness of his lips. His thigh touching hers.
She moved, settled. And she felt him deepen the kiss.
Just let go. Just have fun.
She didn’t know his son, but she very much liked his advice.
Could this be a part of her life?
Could she just let go?
Could she love again?
Maybe it didn’t matter. Maybe time would tell. 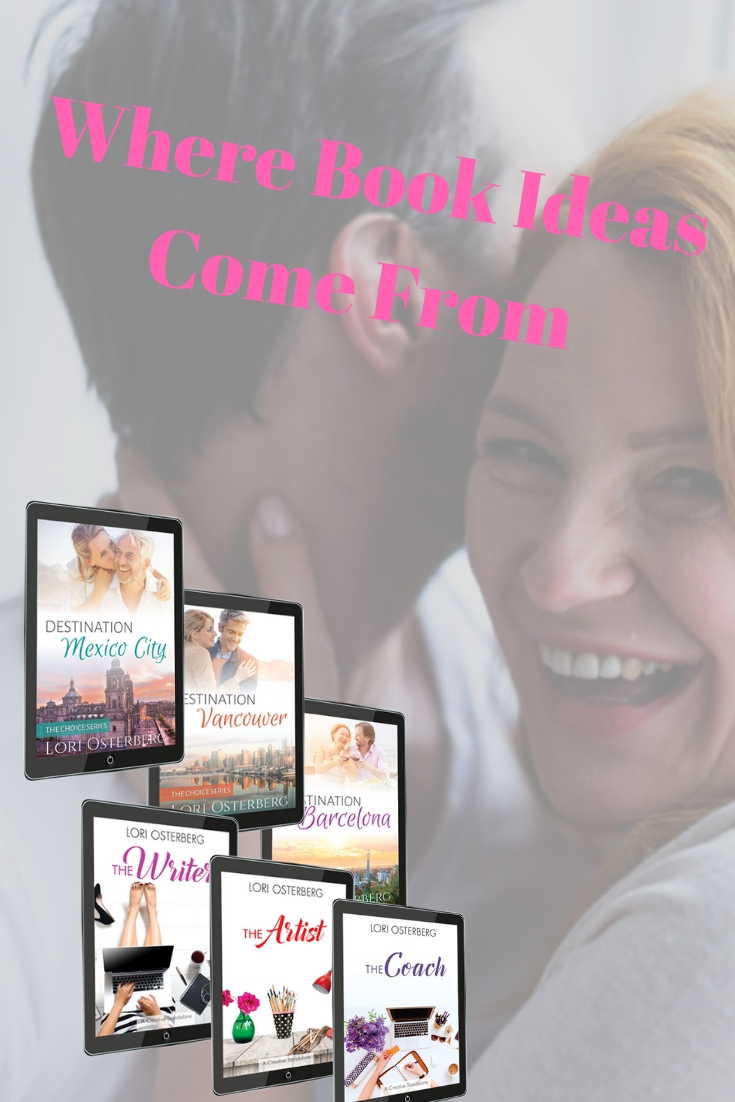