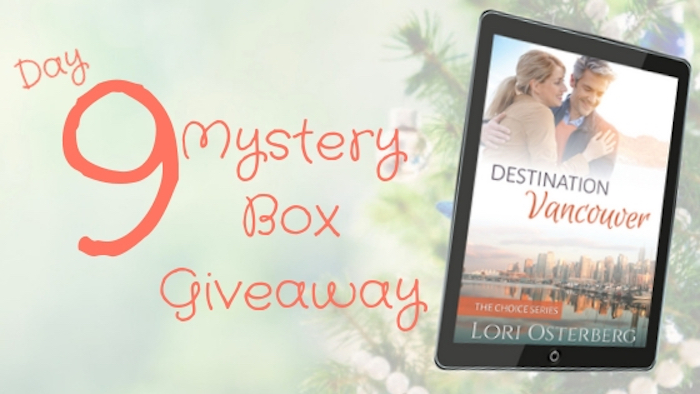 Here we are at Day 9. Congratulations Patricia C – you’re the winner today.

When I wrote my very first novel, I had no idea I’d be writing series. I just had an idea and wanted to write a book. But once I started thinking about my novels as a businesswoman, I knew series were the way to go. I myself love reading series by some of my favorite authors. You get to know the characters deeper. You start to understand their quirks and personality.

Very quickly, Ann from my Destination series became a central character. And I knew she had a story. When she met MJ at the bar that first night, they hit it off. When he said yes to the job and began working along side her as the TravelVentures publisher, they pushed love and romance aside. But when two people have a spark between them, you can only stay away for so long.

I had so much fun writing Ann and MJs story. It’s one of my favorites. You’ll love it too.

The idea was simple enough, and it didn’t take MJ long to see the possibilities. He dropped back into his chair, brought his hand up to his chin, contemplating.
Ann watched his eyes, judging his reaction.
He turned, eyeing her. And broke into a full-out grin. “Brilliant.”
Her grin matched his. “So you like it? Think it’ll work?”
“I don’t see why not. It needs tweaking. But the premise is there.”
“Of course. I just came up with it this week.” She tapped her screen to get out of the app. Flipped it off.
“It’d be a great addition to what we already have in place with the magazine.”
“The social media possibilities are endless, aren’t they?”
He chuckled. “Remember when I first started? You quizzed me all the time on who the hell used Twitter in the first place and why we needed an account.”
She nodded. “I’ve grown.”
“That you have.”
They were so comfortable together. Like brother and sister. Scratch that. Ann looked at the five o’clock shadow forming
across his face. He wore it well. He wore everything well. His shirt, a deep green that accentuated his eyes. His pants, tan, hugging his hips impeccably. His shoes, classy.
His hair, the ideal length to run her fingers through, hold on- to while they …
“Ann?”
He was searching her face. She knew she was an open book by the look in his eyes.
“MJ, why did you grab me and run a few minutes ago?” “I’m sorry, what?”
“Why did you do it? When I asked you if you’d drop every- thing and leave for Provence, you grabbed my hand and ran. Why?”
He scrubbed a hand over his face, clearly buying time while he considered his words.
He moved forward, moved closer to where she sat.
“Because you’re all I think about. And if we’re talking about wishes, about daydreams or fantasies, you’re mine. If I won a trip, I’d want you with me. If I had the chance to explore a place like Provence, there’s no one else I’d want along.”
He sat back in his chair. “But we’re not going there, are we.”
No, they’d agreed on that the moment he took the job. Office politics were rough. And this magazine was Ann’s baby.
But here’s the thing about love. Sometimes it creeps up on you slowly, so gradual you have to look closely to determine when it first appeared. Then when you know it’s there, it hits you like a freight train, crashing into you at the speed of sound.
Right now, sitting here with him, Ann felt something she’d never felt before.
She’d been in love. She’d lived with men before. Thought she’d spend the rest of her life with one of them. But looking back, she could see just how flawed that love had been.
She’d given one hundred percent; he’d given her only what he could, which often fell significantly below one hundred per- cent.
But right now, right here, she could see this man giving his everything to her if she’d let him.
She hadn’t wanted it before. She’d wanted her magazine and her business more.
But somehow he’d crept into her life, into her heart, and shown her she could have both if she simply opened up and said yes to it.
So she did the only thing she could.
Because she was tired of safe. She was tired of having to choose. She was tired of having one side of her life fucking- fantastic. The other side completely nonexistent.
So she did what had to be done. She said yes.