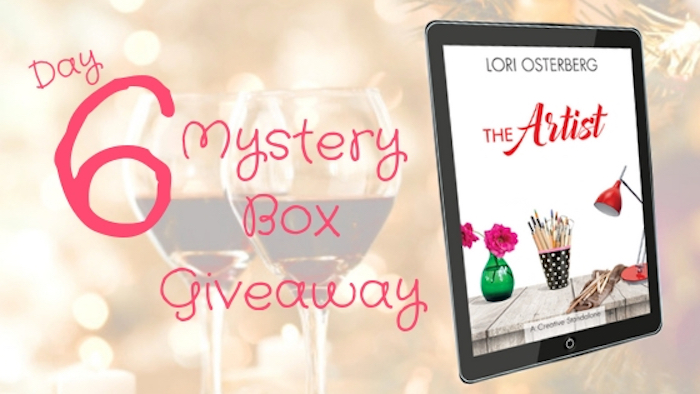 Can you believe we’re almost at the end of the year?

Have you done your planning for 2019 yet?

Every year I take a few days out of my calendar and make them “me time.” I walk away from my computer, sit down with a pencil and paper, and map out how I want my new year to go. As the saying goes: You can’t get what you don’t plan for. So it’s important to map things out if you want them to come true.

I remember several years ago when I added “publish a novel” to my list. I’d added it multiple years in a row. I’d written over a dozen nonfiction books, but something inside of my was itching to get a novel out too. But something held me back. I kept adding it to my New Year’s lists, but I never checked it off. Until one year I did something different.

The Artist has a lot of meaning for me because of Renee’s strong desire for her business. She’s always put aside her true love – her art – until she finally makes it a priority. And that’s when things start to happen. And it’s not just her career that takes a turn for the better.

If you haven’t read The Artist yet, you’re going to love it. I’ve included the first chapter – the Prologue – where you’ll find out what starts Renee down the path to starting up the business of her dreams. And changing her life for the better once and for all.

What about you? Do you have a plan?

Renee bobbed her head up and down, trying to keep the sob from her voice. “Calum loves him just as much. It’s going to be rough on him too.”
They paused for a moment, each catching their breath, waiting for their waves of grief to subside.
“Why haven’t you gone back to your sculpture? You always loved it so.”
There was a question. She really didn’t know. “I’ve played around a bit with it in my studio. I was turning out some pretty good stuff again. Then the diagnosis.”
Yep, it always came back to that. That changed everything.
Ben reached for her hands once again. “Maybe now is the time. Calum’s all grown up. What’s-his-name is out of the picture.”
That brought a smile to her lips. What’s-his-name. Her dad had used that term for Matthew, her ex, since he walked out on her two years before. Leave it to Ben to pick it up and continue the trend.
Renee had double majored in college, and planned on pursuing art as a part of her life. That is, until Matthew had appeared and turned her world upside down. She’d fallen head over heels.
When Matthew went to law school, she’d followed. She’d never thought about being a lawyer. But she quickly learned it came easy for her. She saw it as a way to spend more time with Matthew.
And it worked for a while. Two lawyers. Two careers. One large house. One child.
Yep, their life moved along just like the American Dream promised.
Until it all went to hell.
She loved her son more than anything. He was the best thing in her life. But he had his own life to live. And a twenty-something single man would only dedicate so much time to his mom.
Her house; she’d loved it in the past. But she’d admitted to her father just a few months before how large it was now that it was just her.
Her career? What career. After climbing the corporate ladder to a place she’d thought she wanted to go, she’d been nothing but disappointed when it all came tumbling down.
But her art, could that be a ticket to a new life? Could she go back to her dreams of making a living through her sculptures? Would people really buy what she created?
She lifted her mug up to her lips, sipping the warm liquid in-side. A careful glance to the gardens outside brought a wash of melancholy across her shoulders. But the more she leaned into it, the more she recognized there was something more.
Yes, she’d never felt so sad in her life.
But a part of her held onto the fact that life happened. Her life was about to go on. She’d have no choice.
And maybe, just maybe, her father would be there with her, pushing to take a step she should have taken years ago.
What if …