Day 11 – It’s Here! The Release of my Latest Romance Novel The Photographer 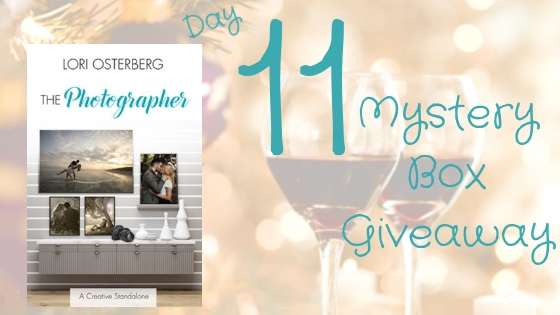 And I’ll have to admit, I’m a little in love with this book at the moment. Many of you know I was a professional photographer for almost 20 years. I treasure those years: the friends we made, the places we traveled to, what we learned, how it impacted every aspect of our lives. I’ve even dedicated The Photographer to one of the very special mentors we had in our lives.

I’m super excited about this story – two head-strong people who meet when they’re both at the top of their game in their respective industries. Yet something pulls at them. Something tells them deep within to take a chance on love.

If you need something to read this holiday season, you’re going to love The Photographer. It’s the perfect read whether you’re on a plane, snuggled in bed at home, or in front of a roaring fire in the middle of a ski lodge. Or maybe even on a beach! Wherever you celebrate your holidays this year, The Photographer will put a smile on your face for a few hours.

And to get you started, I want to share the very first chapter from The Photographer. You’re going to love Lauren and Joel’s story as much as I do.

But not before I give a shout out to today’s winner, Audrey T from Westby WI. You have one more day, one more chance to win in my 12 Days Giveaway – enter now, I’ll be drawing tomorrow morning.

Lauren Novak looked down at her camera’s digital screen. She turned the lens just a touch, zooming out to enhance the scene. As the background increased, the brilliant blue of the sky highlighted the couple, making them pop.
“Incredible,” she whispered.
Her assistant, Tamara Leifer leaned in for a closer look. “Perfection,” she murmured in response.
This is what made it all worth it.
Two years ago, if anyone had told Lauren she’d be giving up her day job to pursue her photography, she would have told them they were crazy.
But a lot changes in twenty-four months. And she wouldn’t change the wild ride she’d been on since for anything.
Lauren nodded to Tamara. “I’m going to make one change. Get ready to shoot. We’re losing our window of opportunity. The light is fading fast.”
Tamara moved into position, finger poised and ready.
Lauren approached the couple and laid her hand on the woman’s arm. “Adjust your elbow back just a little. Good, hold that.”
Then she turned to the man. “Take a step back about an inch.”
He moved.
“Perfect. Now lean in just a bit more at the waist. I know it feels weird but it looks incredible.”
He leaned.
“Now the hard part. I need the two of you to kiss, just like you did before.” Lauren stepped back and looked at their forms. “Just like that! Hold it.”
She ran out of the frame, nodding at Tamara to capture the image.
With a couple of clicks, it was done.
Lauren navigated back to her camera gear, flicked through to ensure she got just what she wanted. She saw a few adjustments she would make later in Photoshop, but was more than satisfied with the results.
“That’s a wrap.”
Lauren left Tamara to break down the equipment and feed it back into her bags, while she strolled back to her clients.
With a hug for each, she gushed over the results. “I can’t wait to show you these images. You’re going to love them.”
With darkness overtaking the horizon, she sent them on their way, confirming their Friday meeting to see the final results.
Then she began breaking down the props she’d hauled to the beach.
By the time they were finished, the moon cast a soft glow across the sand. The waves crashed with a rhythmic sound in the distance.
But Lauren didn’t see or hear any of it. Instead, she was making mental notes on what to do with the images she’d taken once she was back in her studio.
“Lauren.” Tamara called to her for the fourth time.
Lauren jumped. “Sorry. What?”
“Where were you?” Tamara grinned. “Let me guess. We have a list of things to do when we get back to the studio.”
Lauren didn’t even hide behind a sheepish look. She’d been caught and she didn’t care. “You know me too well.”
“Can I tempt you with dinner instead? There’s a little cafe down the street that looked good as we drove by. The parking lot was full. And I’m starving.”
Now Lauren felt her face flush. “I think we forgot lunch too. How do you put up with me?”
Tamara opened up the bag she’d been carrying. “Power bars. I’m living proof you can survive on them.”
Lauren shrugged and let out a deep sigh. “I really am sorry. Yes, we should do dinner. My treat.”
Tamara threw the last back over her shoulder, tucked her arm in her boss’s as they walked to the back of her car. “This night just keeps getting better. Was that couple titillating or what? They reeked passion. We had an audience at one point wondering if we were filming something for Hollywood.”
“We did?” Lauren knew she was focused when she was in the middle of work. But how had she missed a crowd?
Tamara laughed. “Don’t worry. I added to the drama by telling everyone I wasn’t at liberty to discuss it.”
“You didn’t.” Lauren giggled. “That’s why I hired you.” She truly did have the best job – and the best assistant – on earth.

“God, I’m hungry. Would it be wrong if I ordered one of everything?”
Lauren looked up from the menu. “I’m buying. Order what-ever you like.”
“In that case,” Tamara looked up as the waiter stopped by. “I’ll have a glass of your Pinot Gris please. House is fine.”
“Mmm, sounds good. Make that two.”
The waiter talked about the specials before heading off to retrieve their wine.
“So what are you having?” Tamara returned her attention back to the menu.
“I’m thinking the kale salad. I might have a bowl of their summer squash soup, too. That sounded yummy.”
Tamara wrinkled her nose. “You’re too healthy. How can I order the fish and chips with you ordering something so good-for-you?”
Lauren simply shrugged her shoulders.
After placing their orders and sipping their wine for a moment, Lauren returned once again to business.
“I know tonight is a late night, but can you be in early to-morrow? I have a meeting with a potential couple, and I have to get everything ready for when Justin and Steph return to look at their images. I’m not sure I’m going to get it all done if I don’t have some help.”
“Of course. Do you want me to get the images ready or fo-cus in on office work?”
“Maybe a little bit of both? I know I’m behind in checking emails. And I need a few words with the web designer. He was supposed to have the changes made by last weekend and it’s still the old stuff. Can you call him and find out what happened?”
“Consider it done.”
Lauren held up her glass. “That’s what I love about you. What would I do without your help? You keep me on track.”
Tamara snorted. “Yeah, right. I’m learning as I go. You’ve been a great teacher.”
Lauren blinked in acknowledgment. What would she do without her? 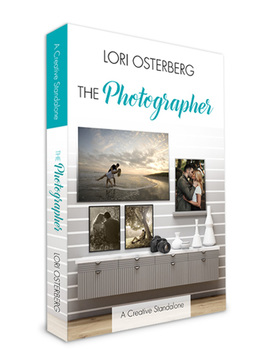 Two years before, Lauren had an enviable life. As a market-ing executive for a well-known and highly respected outdoor clothing company, she’d had a job many described as a “dream job.” She’d traveled to faraway lands several times a year for business.
She’d had a downtown condo that had been featured in the local “movers and shakers” magazine. Her twenty-eight year old son Drake was happy, healthy, and finally finding success on his own. She’d been dating one of the most eligible bachelors in the city, eight years her junior.
And it all came crashing in.
A routine visit to the doctor had revealed a lump. And her world quickly spiraled out of control.
Even though the lump had been benign, it didn’t change the never-ending questions from forming in her mind.
What the hell am I doing?
Is this all there is?
Why am I doing this?
Is this what I want to do for the rest of my life?
The answers had scared her to her core. And the changes began.

She dumped the eligible bachelor. She quit the enviable job. She sold the downtown loft and went and hid in the Caribbean for six months.
It was only a visit from her son that had brought her back to life.
“Mom, come back. Come stay with me. I need you to be okay.”
When Drake showed his vulnerability and his true concerns, she knew she couldn’t keep hiding forever. She had to pull up her big girl panties and get back to living once again.
So she did. And she followed her dreams right into another successful career as a photographer.
She had always been interested in photography; after she received a camera for her thirteenth birthday, she was rarely separated from it.
She may not have used a camera in her marketing career, but photography had given her a keen eye for graphics. And it had zoomed her to the top in a very competitive industry.
Her contact list had been a mile long, thanks to years of good networking and follow up skills. And when she announced her new portrait photography business, she’d had clients almost as soon as her website, Love Portraits, was released.
The idea was simple. Bring two people in love together for a truly romantic photographic experience, with the results being something you could pull from the pages of a magazine.
Love Portraits now graced the walls of more than one hundred homes across the world. And with it, her referral network was expanding deep and wide. Marketing wasn’t on her list of to-dos; through word of mouth, she merely chose the ideal cli-ents she desired to work with.
If they weren’t willing to do wild and crazy things to get the best shot possible, they weren’t her clients. She’d skydived, rid-den a sailboat in the Pacific, rented out an opera house, and taken over an amusement park, all in the name of gaining the perfect Love Portrait for her client.
She loved what she did. Her business was growing.
It wasn’t quite as big as she’d desired. Yet.
But with her skills and a little bit of luck, she knew she was one client away from having it all.
And she was having the time of her life. 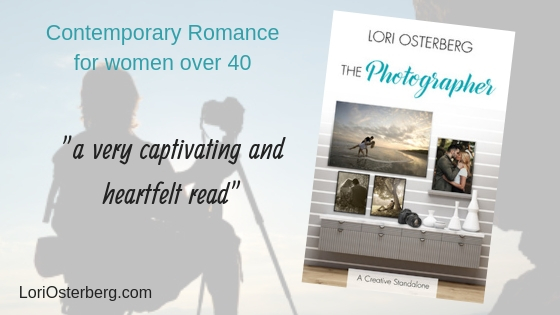 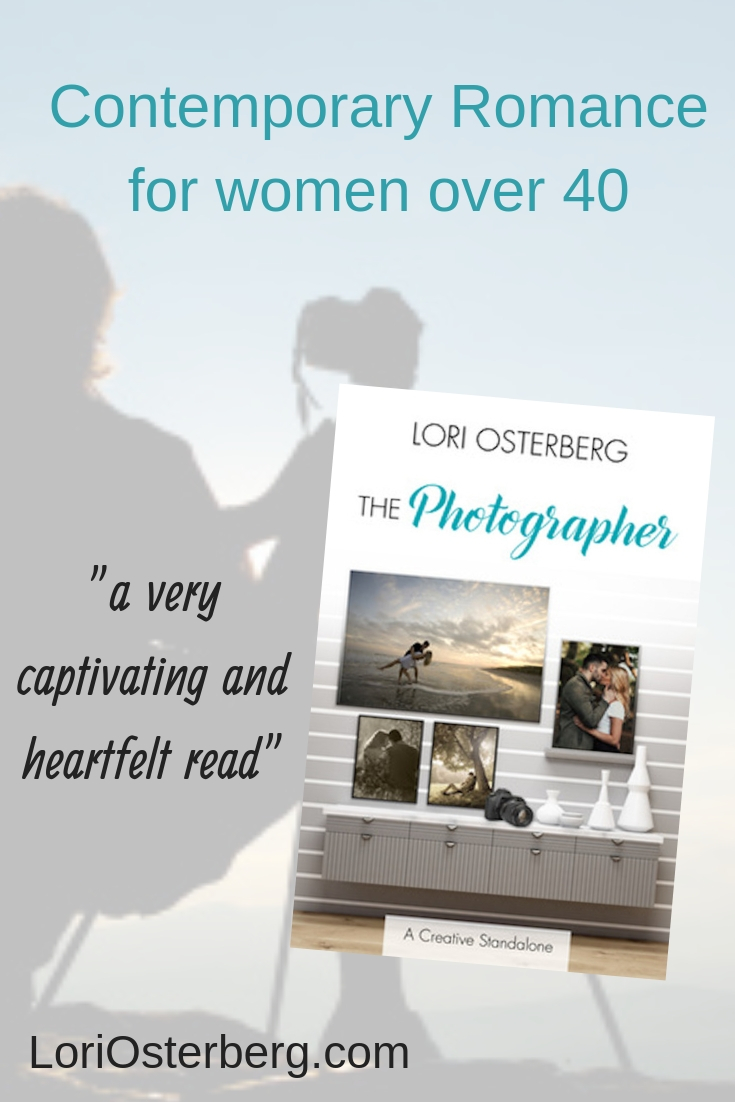