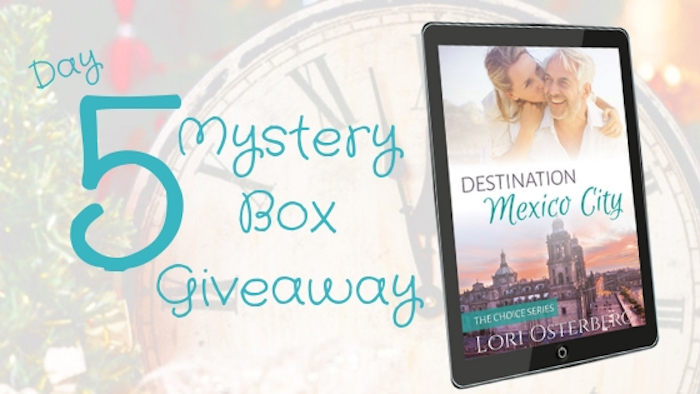 Since it’s hump-day, I think it’s time share another one of my stories – this one is from Destination Mexico City. [We all need a little inspiration halfway through the workweek, right?]

I’m sure I’m like most authors;  stories are personal. I’ve fallen in love with my characters. And Destination Mexico City was my first book written from the perspective of a married couple. They love each other, but somehow, they’ve lost their way. They’re wondering if they have a future together. They’re unsure about what direction they want to go. They question everything.

At 53, I’ve been married for over 30 years. We’ve had our ups and downs – that’s part of being married. At times we forgot to take the time for romance, especially as we aged. We got busy. We’ve “been there, done that.”

Jena banged on the alarm clock, trying to shut off the annoying sound before it beeped again, knocking over her water bottle in the process.
“Shit.” She reached to the floor and righted the bottle back on the table. Then fell back to the bed and covered her head with the pillow. Just a minute more …

Jena scrambled out of bed and moved to the dresser, picked up her phone and punched it into silence. She loved Imagine Dragons, but today the song was just too much.
That dream …
She threw her phone on the bed as she moved to the sink to start the coffee. She ripped open the cellophane around the coffee filter, tore open the prepackaged serving of dark roast. Filling the water to the line and hit the on button, she fell to the desk chair and looked around.
She took a deep breath. Relax. She breathed in again. Hell, that never worked in real life.
She walked to the door, back to the desk, waiting for coffee.
Cream color walls with wood accents. The desk was perfectly situated for the business traveler, with multiple plugins for multiple gadgets. Her laptop and iPad were plugged in and charged. She stopped to wrap up the cords, placing them back into the side pocket of her briefcase.
She moved to the window, opened the drapery just a touch, peered outside, wondering where she was.
California. Los Angeles. Marriott.

Slowly reality dawned.
Another city. Another assignment.
She looked around the cramped quarters of her hotel room one more time. She was tired of being in a hotel. She was tired of being away from home. She just wanted to go home.
Back to Atlanta. Her home. Their home. The house Justin and she had lovingly filled with all of their belongings over the past three years, together as husband and wife.
She fell back to the bed, hugged her pillow close while the coffee continued to brew.
She laid there thinking about her dream. Thinking about the very first time she saw Justin’s face. That face she’d fallen in love with almost from the moment they’d met.
He still did it for her, in every way.
But she missed him. She knew things had to change. They used to be each other’s priorities. Always.
Now it seemed like it was always work. Another city. Another job. And another night apart.
Work was important; they had goals. They had a number to reach before they could retire early, see the world.
But what if they didn’t reach that number? What if they couldn’t hold it together until that number materialized in their bank account?
Bali. She really wanted Bali all over again. Togetherness with nobody else around. Just them and nothing else.
She wanted to be his priority. She wanted him to be hers. The way it should be.
They had to talk about that. Soon.
She reached for her phone and texted him.

Of course. Can’t wait. Love you.

It was time for their day to begin.