Day 2 – Need A Little Romance In Your Life, Let Me Help You Out 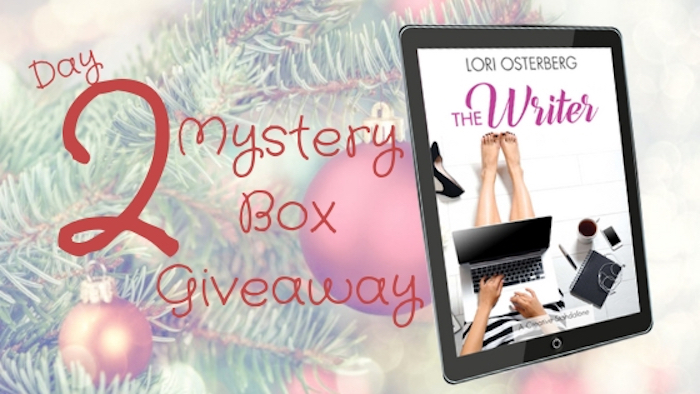 Welcome to Day 2 of the Giveaway! Congratulations to Elaine C of Lynchburg VA.

The holidays for me have always been about snow and cold. Growing up in the Rocky Mountains almost always meant a fair amount of snow at some point during the month of December. And that meant being stuck inside. Nothing made me happier than curling up on the sofa with a soft blanket, a warm cup of tea, and a good book in my hand. It could make the dreariest of days seem exciting!

I haven’t changed much over the years. I still love curling up with a good book, especially a romance novel. The holidays mean taking life a little easier. (At least when I can.) But this year is bringing an entirely different perspective to my life. My daughter is halfway around the world – in a place where December welcomes in summer. And after 53 years with it the other way, I’m having to adjust my perspective a bit.

But I know one thing will never change – the holidays are about giving, relaxing, and picking up a good book. Here’s how you can do all three. You have entered haven’t you? There’s still plenty of time.

She needed this workout. Bad.
He had her so mixed up. And so full of energy. She had no idea what to do with all of this pent up frustration.
Yeah, she was going with that. Frustration. She snort-ed knowing full well it wasn’t just frustration.
She slid on her favorite workout shorts. Pulled the tank over her head and moved it into place. With a quick tie of her shoes, she was ready to go.
It was late; she was the only one in the gym. Tonight, intensity was her middle name.
One mile on the treadmill.
One hundred pull-ups.
One hundred pushups.
One hundred bodyweight squats.
Back to the treadmill for another mile.
She moved to the weights. And as she adjusted the barbell, she caught her breath. She knew he was there. Could feel him there.
She looked up, into the mirror, searching. Caught just a glimpse, in the corner, watching.
So he wanted to play that game?
She picked up the barbell, started in with the repetitions. Up. Down. Flexing. Moving.
She knew she looked good, standing there just a little sweaty, breathing hard.
Up. Down. Up. Down.
As she counted down … seven, six, five, four … she saw him move in.
He stepped to her side, searching for her eyes in the mirror.
He took her breath away. But she wasn’t going to let him see how he impacted her. How bad she wanted him.
Three. Two. One.
She put the barbell back into place. And as she stood up, he was there. Behind her.
He wrapped an arm around her, pulled her in. He breathed deeply. “You’re so fucking hot.” He nibbled her neck, behind her ear, right where she liked it. Trailed his tongue down her spine.
She arched into him, moaned. How did he do that? How did he turn her into a quivering mess? How had she survived without him?
She pressed against him, feeling every last hard inch of him. Her hand traced down his abs, down his rock hard stomach. More. She wanted, oh, so much more …

“Dammit.” Kelly jumped as her phone rang next to her. She picked it up, turned the volume down. She glanced at the in-coming call, hit accept.
“Hi, Beth. What’s up?”
“Hey, you, whatcha doing?”
“Writing.”
“You’re kidding, right? It’s eighty degrees. It’s Friday. It’s time to play.”
Kelly Sorenson reached up with her free hand, pinched the bridge of her nose, trying to determine how to keep the conversation from turning the way she knew it was about to go. She loved her friend, but lately, Beth had been on a personal mis-sion to get her a life. And it was driving her crazy.
“Beth…”
“Nope, don’t Beth me. It’s Friday. It’s beautiful outside. It’s festival time. Come on; we’re going out to have some fun. Todd’s gone this weekend, and I don’t want to eat alone. So you’re coming with me. Meet me at Henry’s at six!”
Kelly glanced at her watch. Four. That gave her two hours. She could easily make it. She glanced back at her computer, looking at where she’d left off. She’d written at least five thou-sand words in the last couple of hours, more than enough to keep her on schedule. She could probably squeeze in a few hundred more before she left.
“I hear your brain churning, wondering if you should tell me no and stay at home and work. The answer is no. Shut your computer down. Get dressed in something cute and meet me at Henry’s. Or I’ll come get you.”
Kelly dropped her head to her hand. Closed her eyes and counted to five. She loved her friend. Beth Watson had been there through the thick of things these past few years. They’d met three years earlier at a writing convention, became inseparable in their few days together. Even after they both returned home, they started a routine of talking once a day, met when they could. They were like soul sisters. They thought alike. They could finish each other’s sentences. Hell, they even wrote alike, collaborating on three books to date. But Beth’s current mission was truly driving her crazy.
“If I meet you, it’ll just be you, right? You don’t have an ulterior motive, do you?”
“Geez, I set you up with one bad date, and you’re all over me. That was last week. Forget it already. I told you I was sorry.”
“Beth, he felt me up. In the restaurant. With you and Todd on the other side of the table. I’d known him for all of twenty minutes. He was a first class creep with a capital C. Never again, you got it?”
“Hey, I didn’t expect him to do that. He’s really nice at the club. Todd’s played squash with him for months. I have no idea what his problem was.”

“Honestly, I’m okay. I don’t need a man in my life. I’m really okay.”
“Kelly, I know you are. But I just think you work way too much. Trust me; no other writer can dare keep up with your schedule. You’re a writing maniac. But you have to live too. You’re too young just to sit in your house and write. You need to get out and have fun. You’re only fifty-three years old. I know life’s been rough since Tom. I get that. Having someone in your life again would be good for you. You’re too young not to have the time of your life. Tom would want that for you, you know.”
Kelly swallowed, pushing the knot that always formed in her throat back down. Tom. She missed him so much.
Three years earlier, she and Tom had moved to Portland from San Francisco, partly to be nearer to their only daughter who had decided to make Portland home and partly for the opportunity Tom found to head a tech startup. They looked at it as their reinvention, their chance to do something fun and completely out of character.
And so Kelly wrote. She no longer needed a job – the startup bonus and stock option Tom had received ensured that. Her bucket list had always included a line item of becoming a famous novelist. So the move gave her the chance to write.
She nailed it. Killed it. Her first novel was an instant success. She’d hit Amazon and New York Times’ best sellers lists within weeks.
They lived a fairytale life. They’d traveled every weekend, visiting Seattle, Vancouver, the coast. They explored the best restaurants. They found a quaint condo in the middle of the city center, remodeled it and called it home.
Then eighteen months later, Tom was on his way to a meeting. A young woman texted her friends, crossed the yellow line, and the fairytale ended, poof, in an instant.
Kelly couldn’t have survived it without Beth.
Now she wasn’t sure if she’d survive Beth. This dating thing truly was going to kill her. If she didn’t kill Beth first.
“No, you can’t kill me. It’s against the law.” Beth snickered, knowing full well what her friend had been thinking. ”Come on. Let’s meet at Henry’s. You love it there. It’s always lively, and they have great food. We can check out the latest happenings, watch the younger crowd hit on each other. It’ll give us some-thing to write about.” If Beth knew anything, it was how to punch her friend’s buttons.
“Well, when you put it like that …” Kelly laughed. She loved Beth. And no matter what, she could never stay mad at her for more than a moment. Besides, the weather was truly beautiful. And since Henry’s was only ten blocks from her con-do, the walk would do her good. “Okay, six, I’ll see you there in just a bit.”
“Yeah. I’ll see you there. Don’t be late.”