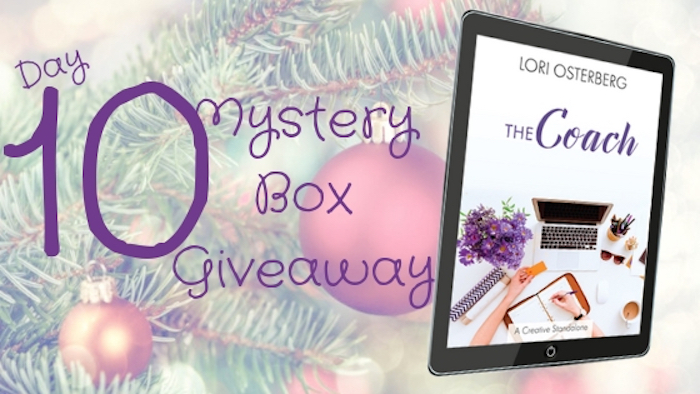 We’re already up to Day 10! Congratulations to today’s winner, Lori B from Arnold MO

When I first came up with my Creatives series, I jotted down a few characteristics I wanted each of my characters to have.

The biggest was I wanted them all to be entrepreneurs. In midlife, they all decided to make the transition from a job they hated to a lifestyle they’d been dreaming of for years. And what better way to honor their choices then to title each book based on their choices.

The Coach is probably my vaguest title – what does that mean? If you’re not in the online world, you might not realize just how big the coaching industry has become.

Years ago, when my husband and I were at the top of the photography field, a publisher contacted me and offered me the chance to write a book. Studio Without Walls was born when I signed on the dotted line. And very quickly I realized that writing a book was only a portion of the process. Marketing the book took much, much more of my time.

That’s when I found some of the very first online marketers who were in the process of coining the concept of infoproducts. As our photography business grew as big as it did thanks to our online portfolio, I adapted to this concept very quickly. Not only did I decide to market Studio Without Walls online, I also decided to create a web portal site specifically for teaching business concepts to photographers. Online coaching was a big part of that site.

I have many, many friends who offer coaching program via their websites. I’ve used many of them myself. Which is why I wanted one of my Creatives books to highlight that career choice and bring it to light. Today I’d like to share with you the first chapter from The Coach, and introduce you to the world of doing what you love in an online world. 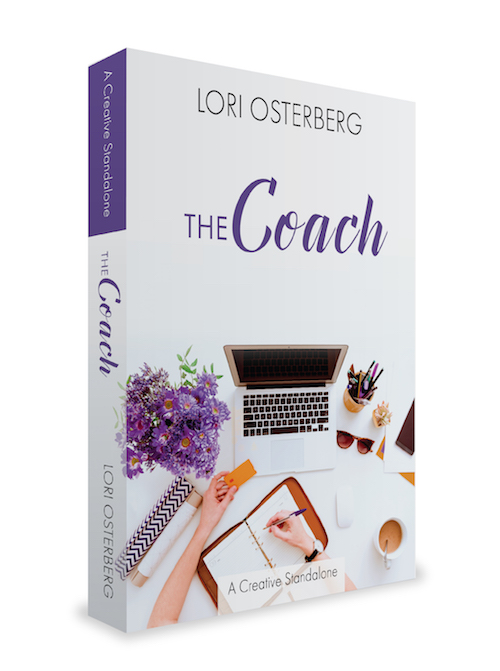 Geena Lawson chuckled as she locked her arms around her friend. “I can’t believe we haven’t seen each other in what, two weeks?”
“Three. When we met for lunch before you and Steve head-ed off to Hawaii. How was it?”
Geena’s eyes said it all. “Fantastic. Me. My gorgeous boy-friend. A beach. What else is there?”
Tessa rolled her eyes, gently pushing her friend to a chair. “Stop. I don’t want to hear about that.” She sat back down, closed her laptop, and grinned across the table at her friend. “Okay, I lied. Tell me everything.”
Geena punched at her phone, turned it around and held up a photo. “This was our view every morning.”
Tessa took the phone out of her hands and stared. Geena had clearly taken it from their bed, capturing their bare feet. Beyond was a wall of glass, the door open wide. And far in the distance were palm trees, sand and the bright blue waves of the ocean.
“Wow.”
“I know. Seriously, it was the best place I’ve ever stayed. We’re kind of thinking of buying.”
Tessa’s eyes flew open. “You’re moving to Hawaii?”
Geena giggled. “No. Not permanently anyway. But we both love it there. And we’re thinking if we could find something like this place,” she took her phone back out of Tessa’s hands, hit the button and dropped it on the table, “we could use it for vacations every year. And eventually maybe retire there.”
“Can I use it too?”
Geena teased, “I don’t know. Do you have enough free time to go to Hawaii these days? Seems like you’re always jet set-ting to way cooler places.”
It was hard to argue when it was true.
“Are you ready for Paris?”
“Almost. That’s what I’m doing today. I finalized a tour with a guide who is going to give us behind the scenes tours of a design house and the Parisian flea markets. Check this out.”
Tessa opened up her laptop and turned it around, showing her photos from the guide’s site.
Geena ooh’d and ahh’d in all the right places. The two of them had similar tastes in fashion and decor, and had added this very tour to their travel lists several years before.
“Now I’m mad at you. You’re going to get all of this in be-fore me. I thought we were supposed to do this together?”
“I’ll know the best places to go when the two of us go back.”
“Deal!” Geena clapped her hands. She picked up her phone and noticed the time, glancing behind her at the doors. “Oh, I gotta go. There’s my meeting.” She stood up and leaned over to hug her friend goodbye.
“Let’s do breakfast or lunch before I leave.”
“Perfect. Email me right now with times and we’ll get some-thing on the calendar today.”
They said their goodbyes, and Tessa turned her computer around and opened up her email. She finished the two she’d started before Geena had sat down, opened up a new one, checked her calendar and copied a few dates that fit her needs. She hit send and glanced up at her friend sitting against the far windows.
How time flies.
The two had been fast friends for more than a decade. They’d seen each other through kids growing up, marriages falling apart, vacations together, new careers, and finding new partners. At least on Geena’s part.
And they’d celebrated it all, every step of the way.
Retirement. Tessa knew Geena wasn’t serious. After all, she’d only started up her business a couple of years before, just a year after Tessa had started her own. She knew Geena loved what she did. She knew her business was growing by leaps and bounds. There was no way she’d stop now.
But the thought of retirement could be motivation for an exit strategy. And that was important no matter how much in love you were with your business model.
That was something to think about. Later. When she had more time.
Like after Paris, after her event and coaching sessions. When she had time to think.
Tessa made a few notes to herself before closing down her computer for good.
Enough is enough for one day. She placed everything in her bag, picked up her cup and deposited it into the wash bin be-side the front counter. Then caught the eye of her friend as she headed towards the door. A quick wave and she left, walked to her car, and headed out for more shopping for her trip.