A Moment In Time – Casey and Jordi

Casey Collins turned the door handle, pushing quietly to avoid making a sound. She stepped into the bedroom, letting her eyes fall to the bed.

She never tired of seeing Jordi Muriel. He was propped up on a couple of pillows; his hand swung over the book lying on his chest. His glasses perched on his nose, giving him a distinguished look. His eyes shut. His chest moving up and down to the rhythm of his soft snore.

A subdued light from the lamp on the bedside table cast a romantic glow over the room. One that instantly had Casey aroused.

Jordi’s curls were a little mussed from lying back on the pillows. His well-defined chest had just the right amount of hair. The sheets casually bunched up around his waist. And just below … 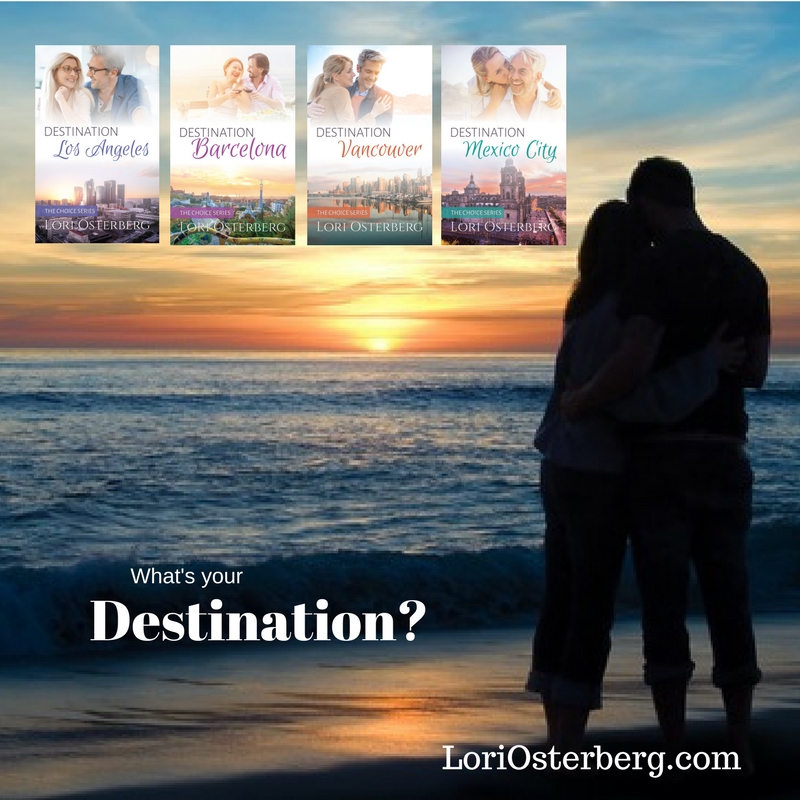 Casey felt a wicked smile spread across her face.

She stepped into the bathroom and closed the door before turning on the light. She washed her face and brushed her teeth, reliving the events from the previous few hours.

She’d spent the evening with friends. New friends. Jordi’s sister and a few others.

If someone had told her just a year before that this would be her life, she would have said they were crazy.

A year before, Casey had been unsure of her life. Her daughter was getting ready to move out of her home, off to a college more than a thousand miles away.

Casey’d questioned everything. Her job. Her home. Her lifestyle. She knew she wanted more, but had no idea what.

She figured it would all fall into place, one way or another. And she’d been correct.

Who said you couldn’t find love in midlife? They’d both fallen quickly. And now they were living the dream, spending part of the year in her hometown of Denver, Colorado, and the rest of the year in Barcelona, Spain.

Which is how she’d found herself hitting the town with Jordi’s sister.

She unzipped her dress and let it fall to the floor. She hung it back in her closet before turning out the light and opening up the door.

“I was waiting up for you. How’d your evening go?”

“Great! I love your sister and her friends. We had such a good time. They kept going, but I told them three drinks were my limit and I needed to get home.”

“I warned you. Martina and her friends have been known to stay out all night. I think she’s reliving her youth now that her kids are out of the house.”

“She has too much energy for this time of night. Me? I prefer to use my nighttime energy in different ways.”

“Uh huh.” She loved flirting with this man.

He rolled to his side, propping himself up with his pillow. His eyes moved down from her face, quickly heating as he saw what she was wearing. “New?”

“You noticed. I thought you’d like the color.” She did a slow turn, showing off the lacy bra and bikini she’d purchased earlier in the week.

He reached out to her. But she wasn’t done playing.

She stopped at her bedside table, picked up her lotion, and flipped open the cap. She put her foot up on the bed, then squeezed some into her hands and started rubbing.

Instead of touching her, his hand fell to the bed. He watched every move she made.

“Did I tell you Ann with TravelVentures called?” She hadn’t had a chance to tell him yet.

“She wants me to write a feature article for one of the fall issues.”

“I’m hoping this will be my big break. I can use this as a stepping stone to get into other publications.”

“Are you listening to me?”

She pulled her foot back to the floor, hands on hips, staring at him. She bit back a smile and asked, “What did I just say.”

“You were telling me how good you are. But I could have told you that. Come here.” He reached out and grabbed her, pulling her down to the bed. He rolled her over, grabbed her lotion, and started rubbing it on her back.

She closed her eyes and melted. This was life. This was as good as it gets. And she was grateful for every moment of it.