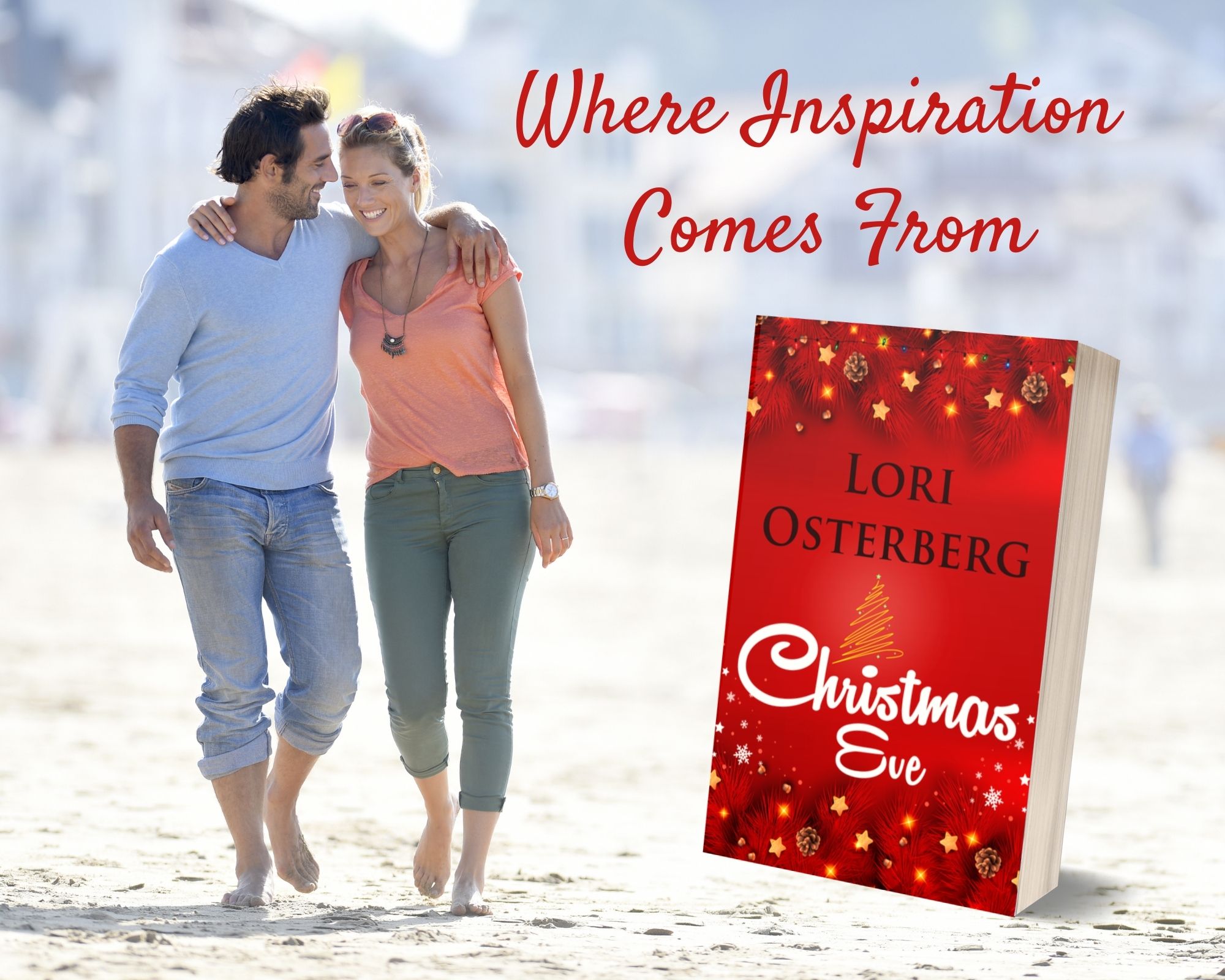 Writers use one of two approaches to writing a book. A plotter is someone who clearly defines everything about a book before they dive into the writing process. A pantser is more a “fly by the seat of your pants” kind of writer. They may know the beginning and ending, but the stuff in the middle is made up as they go along.

I’m a plotter. Long before I ever sit down to write a book, I spend weeks or even months defining the concept of the book. I map about the beginning, middle, and ending. I research everything from the place they’ll travel to the things they see. I define my characters in the finest details.

When a story comes to me, it’s usually a basic concept. With my latest book, Christmas Eve, it started with the desire to add a holiday romance novel to my list. I knew the main character had to travel at the holidays – where would she go? With my own daughter halfway around the world, the concept of meeting her daughter became my focus.

As soon as I have the ideas down, I dive into the details. Instead of “seeing” the two main characters in my mind, I head out online and try and find my “models.”

When I saw the image above, I couldn’t let it go. I pictured a couple walking on a beach. I saw them as equals, successful, happy. And this image fit what I needed.

And the writing began …

I’m releasing Christmas Eve in just a few days. But if you’re looking for something fun to read, something for you to spend a few minutes “escaping,” read on.

Eve Nichols scrunched up the piece of paper and threw it at the window in front of her. She placed her elbows on her desk, and dropped her head between her fingers, massaging her temples.
Normally the rain didn’t get to her. She’d lived in Seattle most of her adult life. But lately, it was getting harder to take.
Up on the twenty-third floor, the view could be spectacular on a clear day. Today, it was nothing but clouds.
Two more weeks, she told herself. Two more weeks and her daughter would be home for Christmas. Then she’d have two glorious weeks with twenty-one-year-old Grace.
She glanced at the photo on the corner of her desk. It was the two of them together, taken a few months before, when they’d traveled to Bali. Eve had treated them to a two-week trip a few weeks before Grace had left for her junior year of college. Grace was spending the year studying abroad in Granada, Spain.
Eve picked up the photo and thought about their time together. They hadn’t done much, other than enjoy the pool and local cuisine. They’d read a dozen books. Eaten more than they should have. Enjoyed spa visits several times a week. They’d headed out on a few bike tours given by the hotel staff. But mostly they’d talked for hours, about life and what they each wanted in the future.
For Grace, it seemed easy. She had very clear goals. She wanted her degree in International Relations and Modern Languages. She wanted a job that would take her to the far corners of the world, to work as an international aid worker or foreign relations. Eve knew as determined as she was, she would get it. She was hoping her year abroad would help her secure an internship for the upcoming summer. Grace was already starting to apply.
Eve put the photo down and stared out at the clouds one more time.
How had time gone so fast? How had she fallen into a life she was no longer happy with, yet had no idea how to change it?
Part of it could be blamed on her ex. They’d divorced six years before, when Grace was a freshman in high school. He’d come home one day and said he was meant for bigger things. He had only so much life left, and he no longer wanted to live it with her.
Translation: he wanted sex with younger women. Eve had figured that out right away. She drew the line two months after they’d separated when his twenty-four-year-old girlfriend came to pick up Grace instead of him. She filed for divorce that same day, and was officially single a few months later. 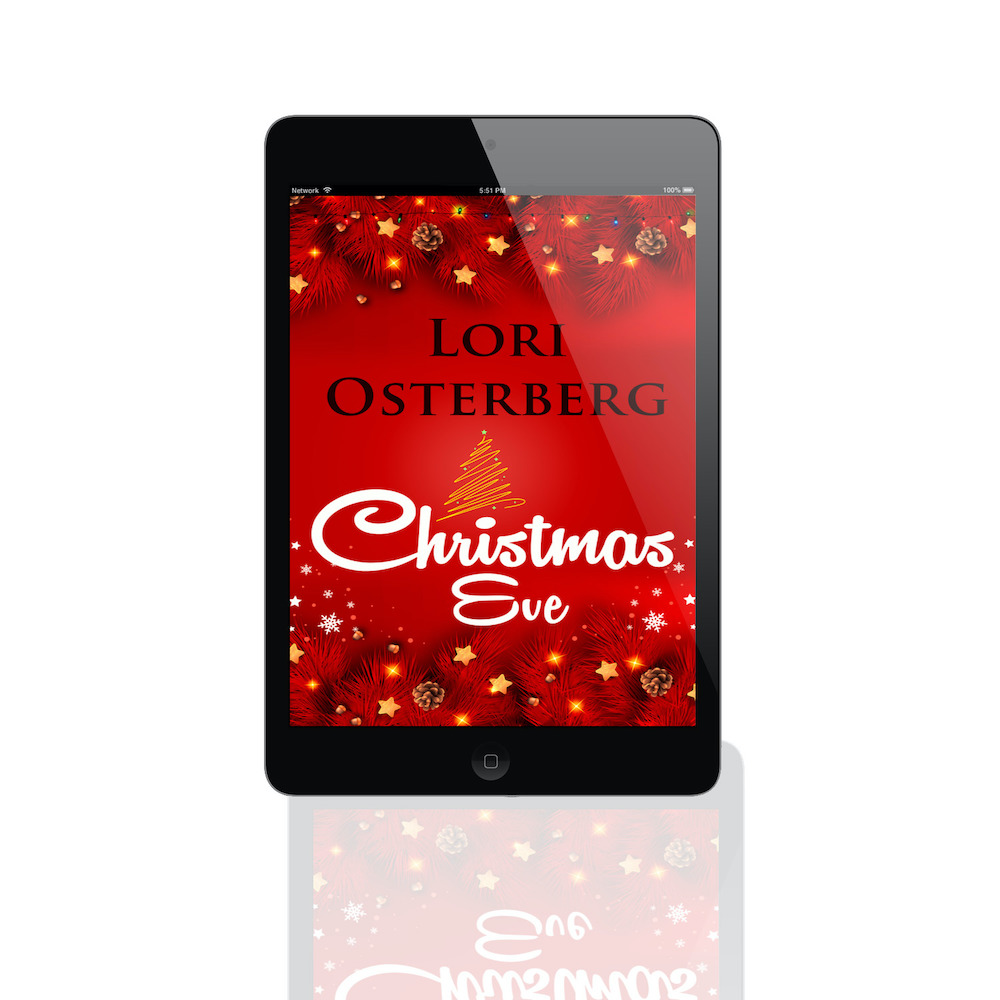 Eve hung her dripping coat on the peg on the wall. She dropped her bags on the floor on the way to her office. She fell into the chair, opened up her laptop, and waited for it to come to life.
She pulled up Google and started searching, best cities for Christmas in Spain. Within a few moments, she narrowed her focus to one place: Mallorca, Spain. It was one of Spain’s largest islands located in the middle of the Mediterranean. It was known for its beach resorts, sheltered coves, and limestone mountains. Spain’s royal family preferred Mallorca for their own holiday festivities.
That was good enough for her.
She pulled up another browser window and searched for flights. While they were higher than she liked to spend, she considered it a fiftieth birthday present to herself. But before she hit the buy button, she grabbed her mobile and called her daughter instead.
“Mom? Are you okay?” Grace sounded sleepy.
It was only then Eve remembered the time difference. “Oops, sorry honey. I forgot what time it was there.”
“You’re okay?”
“Yes. Sorry to panic you. But I have an idea.”
“Okay.”
“What if I come there instead? I just did some research. I could book a room in Mallorca for a week. Could you meet me there for Christmas?”
“Really? I’ve wanted to go there. Everyone says it’s fabulous.”
“That’s what I’ve read too. I’ve got my finger on the buy button for an airplane ticket. Should I do it? Can you meet me?”
“I suppose I could take off a week. And bring some of my research with me.”
“Exactly. And we don’t have to do touristy things from sunup to sundown. I’ll get a room at a resort, and we can hang out by the pool.”
“It might not be that warm. It’s pretty chilly here right now.”
“So, we’ll hang out by the pool with blankets. I really want this. It’d be a great birthday present.”
“Ohmigod,” Grace gasped as she dropped the phone.
Eve could hear her swearing as she picked it back up. “I forgot it’s your fiftieth. Mom, I’m so sorry.”
Eve rolled her eyes. Exactly. You forgot it was my birthday.
And just as quick, her mom voice kicked into gear. She’s got a lot on her plate. I raised a good kid. She would have remembered eventually.
“No worries.”
“Yes. Do it. Come to Spain. I’ll make it work. And I promise we’ll do something great on your day.”
Eve clicked, and her ticket was confirmed. She was going to Spain!