6 Secrets To Writing A Romance Novel 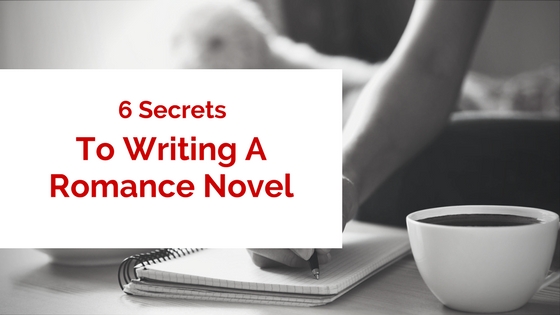 I was having dinner with friends, with a woman my husband knows from work and her husband. We got into the details of “what do you do?”

And that was followed by the ever-popular “huh.”

I get that a lot.

The more we talked, the more intrigued they both became. After all, I’m not a person they expected to do this for a living. I have a Masters degree in Finance. I’ve held jobs at the highest level of government. I’ve owned businesses. I’ve spoken on stages with names that are commonplace in today’s society. Yep, I have a pretty successful resume behind me. How then, they asked, did I wind up writing romance?

Because I’m a business person at heart. And when I decided to push the envelope in my writing career and make novel writing my goal, the path to romance came easily. It’s by far the most read genre out there. Sure, there are a ton of writers in this field. But there’s also unlimited potential.

Business has always been my focus. I’ve always found a way to combine what I love with how I make money. So romance was a logical choice.

With that covered, they both leaned in a little, wanting to discover HOW I wrote it. (Secretly, they both wanted to know how I write the sex scenes. I knew it. Because that’s the question I get more than any other. 😉 )

So like any good romance writer, I teased for a bit.

I write for midlife. Which means my heroes have been through a lot of shit in their lives. Life happens. We have friends die. We deal with parents in crises. We deal with divorce and death in our own relationships. We deal with kids that are mixed up and confused and going through their own shit. Yep, this midlife thing is hard work. My characters all know that too. I explore that based on what I know is happening in my life and the real life situations of those around me.

I focus in on the heroes. Both of the main characters have to have heart. They have to be believable. They have to be lovable. Because even if we hate a character, we still want to love them. We get into their minds and want them to succeed. And of course, no matter what their differences, we want them to come together in the end. How that happens is where creativity lies.

A female character can’t be defined by the male. She can’t exist solely to be with him. She has to have a life, a goal, wants and desires all on her own. She has to be succeeding in a BIG way. And only then when her life is on track can she find someone else to share it with. They have to come together, work together, and create a life that is equal in every way.

I like to think about feelings rather than what a person does. Because we all know what’s inside isn’t always what shows outside. We do jobs we hate because of expectations. But we may be thinking a whole lot of crap while we’re in the process. That’s what I like to meander through and discover how it fits with my characters.

I believe everyone is smart, strong, and vulnerable. I’m of the belief that men and women are equal. I hate it when a man can’t show vulnerability – so I make my men characters vulnerable. I also hate it when women aren’t strong and smart – so you’ll find them in transition, but they have a good head on their shoulders to lead them in the right direction. Relationships should be about both characters making adjustments in order to come together. That’s why you’ll always find my characters questioning the process but ultimately deciding together what’s best for the both of them.

Oh. And the sex. It can’t happen at random. There has to be a logical process involved. It’s a series of events that leads them to the point where they look at each other and make up their minds – silently of course. But they always ask. They always agree. And in most cases, they fall into it fairly quickly.

Let’s face it; at midlife, we know what we want, and we’re not afraid to reach for it. We’re past the phase of planning for a long life. We want things, and we want them now. And it can come together fairly quickly at our age. We have too much shit going on to have it any other way!

Oh yeah. Unlike real life, in a romance, there’s always a happily ever after. Romance writers don’t divulge what happens after they agree to move forward, that’s up for interpretation. But you have to end where everyone connects, and they fall in love. It’s called romance for a reason.

In this crazy world, I’m excited to be a part of this process. Because every day I fall in love with characters, make them fight, and give them an opportunity to redeem themselves. They have faults, but they’re fun to love.